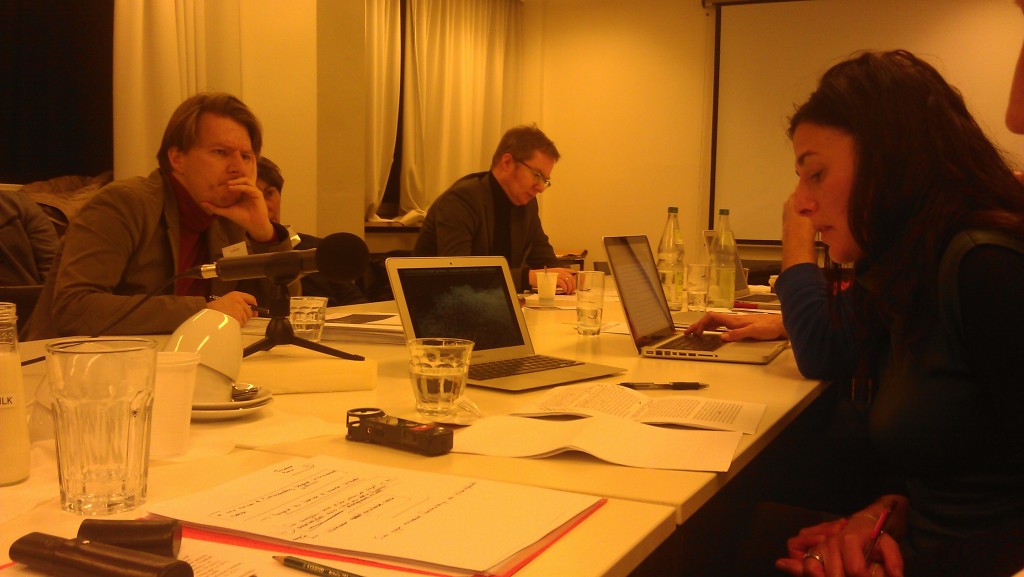 The idea didn’t only come because here it is called Center for Digital Cultures, but also because of my own engagement since a while ago with the thought of Simondon and digital. I encoutnered the work of Simondon many years ago when I was a student of computer engineering in Hong Kong, and I found a collection of interviews translated into chinese under the title The Empire of Techics (l’empire des techniques), and there was a guy talking about Simondon and technical objects. I was really impressed, I remembered the name Simondon but I forgot the person who talked about. Years later, I found out that this person was actually Bernard Stiegler who I worked with. Last year I was invited to Bochum by Erich to give a talk, and then I talked about organising a workshop on Simondon together, so we decided to do it together, then we also invited Jeremy Gilbert with whom we have discussed about doing a special issue of the New Formations on Simondon.

Review of The Question Concerning Technology in China (Genron, 2022) in Artscape (JP)

Publication: “For a Technodiversity in the Anthropocene” in Techné Logos and the (Neg) Anthropocene: the First Annual Conference of the European Culture and Technology Laboratory (Dublin: EUt+ Academic Press, 2022)