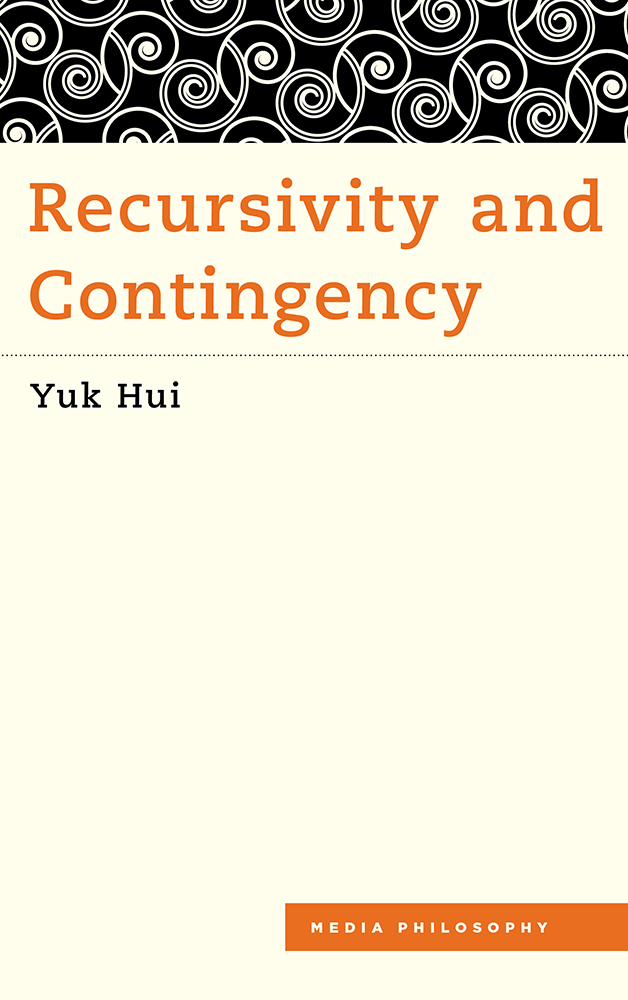 “Despite the historical span of roughly 250 years, the diverse range of authors, disciplines and underlying problems, Recursivity and Contingency is held together firmly by its two eponymous concepts……The conceptual versatility of recursivity and contingency may prove useful in further displacing the dominance of the technology as anthropological universal and means of exploitation.”

“Recursivity and Contingency submits cybernetics to a massive genealogical reading grounded in German idealism and Naturphilosphie, demonstrating its deepest roots in the “organic condition of philosophizing” since Immanuel Kant, which has developed the concept of the organic in a way that subordinates the phenomenon of technicity to a more general definition of organism.”

Hui’s trilogy has undeniably made him one of the most interesting young philosophers writing today.

Сколько технических систем, столько и картин мира — а значит, на смену старой универсалистской метафизике должна прийти плюралистическая космотехника. [There are as many technical systems as there are pictures of the world - which means that pluralist cosmotechnics should replace the old universalist metaphysics.]

“I hardly know how best to recommend this third major achievement in as many years by one of the most insightful younger philosophers. It reanimates an abandoned arc of reflection that includes cybernetics, organicism, and organology from both European and Chinese traditions to address aspirations for a pluralism of homes within the becoming of an artificial Earth.”

Recursivity and Contingency takes the remarkable adventure of thought begun in On the Existence of Digital Objects and The Question Concerning Technology in China in unexpected and astonishing directions, leaving its readers with much to think about and to take further themselves.

Recursivity and Contingency is simply an outstanding philosophical treatise on cybernetics that re-opens the all-too human image of technology today. Alongside a zealous re-situating of system theory within philosophies of nature, Hui boldly defies current technocratic aspirations towards totalizing and deterministic systems with a metaphysical commitment to re-envision the relation with the inhuman. Cosmotechnical perspectives, alter-cosmologies, and techno-diversity are here part of human-machine genesis that promises to finally re-situate technology in various cosmic realities.

Yuk Hui’s rich, new writing shows that in order to understand our modern technological world, we need to understand modern thinking about organisms and organology – and not only to understand but, recursively, to think differently. Hui’s cosmotechnical approach – from cybernetics to history of philosophy – is complex, and exactly because of that, deeply rewarding.

Yuk Hui’s Recursivity and Contingency is not simply a major contribution to the Philosophy of Technology – it is an immense resource in that respect – but it is also a lively work of pluralistic experiment in thought. Here Hui’s invitation to think in terms of cosmotechnics comes into its full bloom, engineering an unsurpassably agile guide to questions of technology and culture, nature and mechanism, logic and existence as they have arisen before and as they manifest with full force in the present.

Recursivity and Contingency is also now translated in Chinese and Russian.